As I have now been single for 3 whole weeks, the evil twins (they aren’t twins) have decided that I should find a new man as soon as possible.

I asked them why so soon and they said:

C&T: “Not being funny but you don’t want to end up like nanny.”

Me: “Oh I don’t think nanny is lonely”

So, moving swiftly on, I asked them what sort of man they thought I should go for. They quite surprised me with the following list:

5. Be fun. Sometimes silly but can be sensible too.

7. Have a cool job. Examples given were: footballer; wrestler; NOT a clown*

18. Be cleverer than me – they added that wouldn’t be hard.

DS2 then asked where I would find this man.

The night I told them that DH and I were separating DS2 said “Back on the old dating site then girl.” I laughed and said that I wouldn’t be going on a dating site, so DS2 said “just gonna hang out in some pubs then yeh?”

As we walked back to the car, for every man that we past, DS2 nudged me and said “Huh, how about him?” I said that I couldn’t just go up to a stranger and say hello, but he had a solution for that too. He said “You don’t say hello, you say: hey, got the rest of your life free to spend with me?”

Want to apply? Just fill in the ‘boyfriend application form‘ as found by the lovely @KayAndHerBoys 😉

*I think it’s worth pointing out that we had this conversation in a restaurant called Clowns, in which the walls are plastered with photos of clowns and circus memorabilia!

New Edition of KidAround OUT NOW!

Posted on 24th February 2011 in KidAround

Welcome to KidAround! If you’ve ever wondered what I do, now you know! Both editions of KidAround Magazine can be read in full online – click on the relevant link below.

Via The Boy And Me I have discovered a Movie Meme!

The movie which I am chosing to wax lyrical about is Primal Fear. 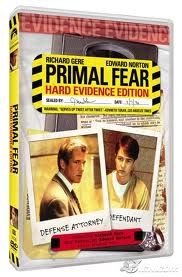 I bloody love this film.

I’ve never been a fan of Richard Gere which almost put me off of watching it, but I do big puffy heart love Ed Norton so I had to take a peak.

If you like a film with a twist you will love this. It is brilliantly acted by both Gere and Norton. 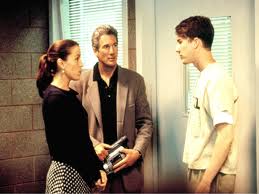 Reasons Why I Love You 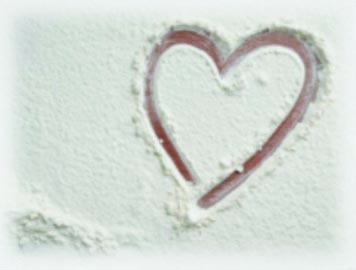 I love that I believe you
Without question, without doubt
I love that you believe in me
It feels like you know me inside and out

I love your patience, and understanding
The depth of your kindness, no matter what
I love that you seem unbreakable
Even though I know you’re not

I love your optimism
That because you want to, you believe
I love your generosity
That you give not to receive

After a lovely, laughter filled conversation with one of my favourite tweeps, I’ve decided I’m, well, undecided, about the whole concept of tweet ups.

I’ve had lots of near misses. I nearly met @MyDaddyCooks, @TheCakeNest and @DhruvBaker1 at Harvest at Jimmy’s.

I nearly met @Kateab and @DhruvBaker1 (oh stop it, I don’t stalk him…..) at The Good Food Show.

I very nearly met @OnlyDads in London – and actually did meet @OnlyMums who was lovely (and gorgeous) although we’d never really tweeted so I’m not sure that one counts as a tweet up.

I’d love to meet @DrewParky BUT surely I would be confused to find that he isn’t 12 and he could only be disappointed that I’m not one of the glamorous mums off Desperate Housewives! (That sounded really, really bad didn’t it….)

And I think that is where the reticence lies for me. I like all my imaginary friends. ALL OF THEM. I like the ones that are nuts, the ones that are serious, the ones who are often a little melancholy and the ones who seem to have insane lives. But I do have a tendency to romanticise things – including people – so would meeting them break the spell?

I’ve spoken to 4 tweeps on the phone. All of whom, without exception, have been wonderful.

So – tweet ups – have you had any good/bad experiences?

Am I being a pansy or am I right to keep my imaginary friends in my head and on my screen? 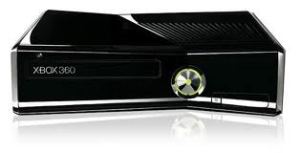 As you may, or may not, be aware, my husband and I separated earlier this month. One of the things that he is choosing to take with him is the PS3.

My boys (aged 9 and 11) love the PS3 and in particular a game called Little Big Planet in which you can build and design your own levels.

@DrewParky @LegoBloke and @Spences10 are all very clear on the fact we should go for an XBOX! 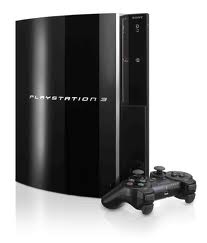 However, Little Big Planet isn’t on XBOX although I’ve seen a game called Create which I wonder if is similar?

So – what’s the verdict – which games console should we go for and why?

Posted on 21st February 2011 in Uncategorized

With Humble Thanks #SilentSunday 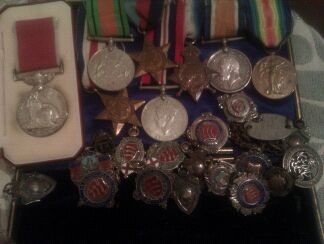 My Son Had A Stammer

I haven’t seen the film yet, but all the hype about The Kings Speech has reminded me of the time when my son had a stammer.

He must have been about 3 or 4 when I could no longer ignore that fact that DS1 was stuttering. He would often seem to get stuck on the first letter of a word or he would repeat the first few words of a sentence over and over.

I admit that I was guilty initially of committing the cardinal sin of speaking for him. I would guess at the word, or phrase, I would finish his sentences for him – sometimes with impatience.

I mentioned it to my Health Visitor and remember being really upset when she immediately referred him to a speech therapist.

My brain was flooded with worries of whether there was something wrong with him, he’d had quite a traumatic birth – had that caused a problem, would he have a stammer forever, would that affect his whole life, would it get progressively worse?

The speech therapist was amazingly reassuring.

She told me that stammering in a child of that age was often an indication of intelligence. Apparently some children stutter because their brain actually works faster than their mouth can!

She gave us some verbal exercises to do, and we saw her 2 or 3 more times. To be honest I think the stammer would have gone by itself just as mysteriously as it arrived, but I don’t doubt that the exercises sped the process up.

DS1 is now 11. He is a very bright articulate boy – looks like she was right!