I have to share with you a new book that my boys have been playing with.

When I say ‘have to’ I meant that I would like to, not that someone has a gun to my head. Just in case you wondered. I know you didn’t.

The book is called Papertoy Monsters and it’s flipping brilliant! 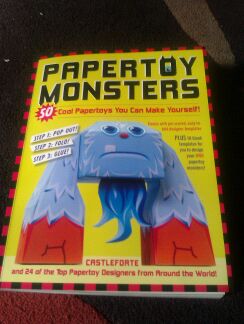 It is great to just hand over to the children, my 2 (aged 9 & 11) amused themselves for hours (oh yes, HOURS) making an army of monsters. The pages can be torn out and divided up – then the monsters are popped out of the page and assembled. Younger children would need help with tricky folds and gluing. 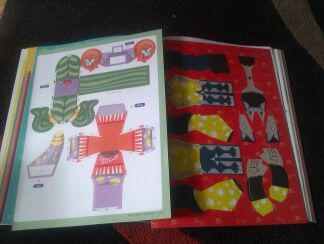 Soon enough your lounge will also look like it’s been taken over by a race from outaspace! Great book, good family fun, heartily recommend it. 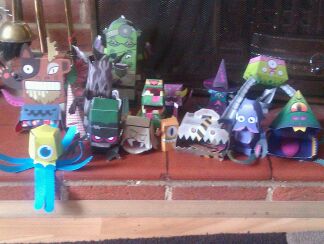 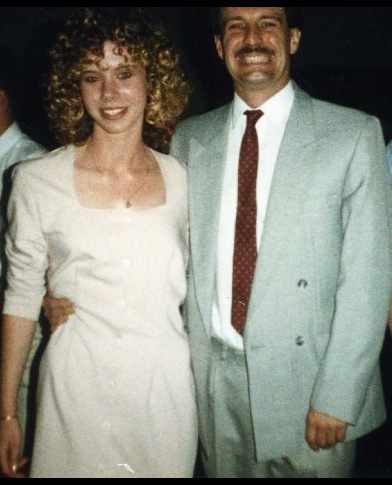 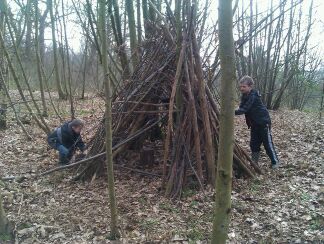 I have received a new box of cat food today.

It is allegedly a box of ‘premium’ pouches. Sadly however the premium doesn’t stretch so far as printing. 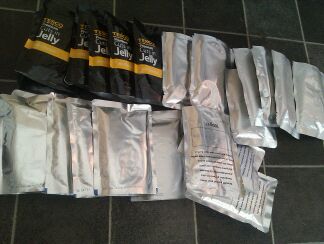 I wrote to Terry Leahy earlier in the year and received a reply advising me that the occurrence of mystery pouches was, well, a mystery. Apparently it was an anomalous one off.

Sadly however we have been receiving mystery pouches for at least a year.

We don’t want to receive them any more.

Please can you possibly go to the trouble of actually printing ALL of your pouches?

Otherwise Elvis feels the need to resort to this: 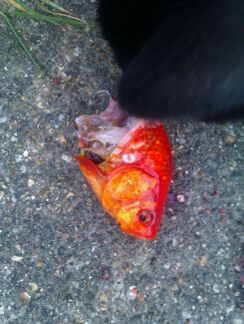 He says he can see easily what flavour they are, and he likes that.

So, Tesco, please can you provide pouches that are ALL printed. If I wanted mystery pouches I would acquire them from a car boot sale. Instead I chose to buy them from a respected store in the misapprehension that I will receive a superior product by way of reward for my troubles.

If, as it would seem, you have opted for a cheap printing/packaging service to cut your costs, it would be great if you could make this part of your value range and price it accordingly.

How do you perceive me?

I have been tagged for this meme by Garry or @himupnorth as he is widely known.

This idea is the brain child of Michelle who blogs at Mummy From The Heart.

Michelle took the idea from the story of a school teacher who asked every child in her class to write ONE WORD of positivity about each of their classmates. Michelle goes on…

Well, what about if us bloggers and virtual friends did something similar?  How marvellous would we all feel to learn these new facets of ourselves that we did not know existed.  Someone may say I am inspirational (another one I have heard about myself a few times recently) and me being me I would say ‘no not me’ but what have I done there?  Rubbished their opinion and that is not right, only they know if I have actually inspired them to do something.  If people are kind enough to give us a compliment we should be gracious enough to accept it…. and why not go one step further and actually go out and ask for it?

So who am I to you?  I would like you to contribute via the comments ONE WORD of positive affirmation which describes me, or which springs to mind when you think of me.

To keep it going, I, in turn, nominate: 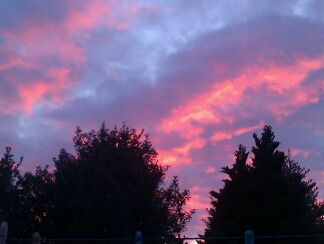 Not For The Feint Hearted #GuestPost

This post is not intended to offend and I hope that you will offer support if you can. If you find the post offensive, I would really appreciate it if you opted not to make a negative comment. Let’s respect each other and our differences.

Yes that’s right, that really is what this post is about. Need to say that loud and clear up front. If you don’t wish to read on then please don’t.

Thank you to @CoffeeCurls for running this post which I appreciate will be contentious.

I want to share with you my experience of a medical abortion, not to shock but to share, I hope you’ll see the difference.

Having found myself in a position where I wanted to terminate a pregnancy, I was surprised at the lack of available options. It isn’t something I have ever thought about before and I think it’s one of those ‘things’ that I’ve probably pretended doesn’t go on. I have said to friends many a time that ‘I could never have an abortion’.

I don’t want to explain my reasons. They are private and not relevant to this post. Except to say that I did take a morning after pill (Levonelle) which wasn’t quite as reliable as I had hoped. I made my choice after much soul searching and I am at peace with it.

After doing a positive test I went to see my doctor. I’d hoped they might bring up the subject of whether or not I wanted to keep the baby but they didn’t. It was an immediate assumption that I did. It took me a week to pluck up the courage to phone them back and say that I wanted to know the options for a termination.

I rang on a Friday and was told (by the doctor) that the earliest she could see me was the following Tuesday. At the that appointment she said she would discuss the options with me and then make a referral to the local hospital who would then do a consultation appointment and scan before booking me an appointment to have a termination. At 7 weeks pregnant I was concerned at the length of time this would take. I asked the doctor what she thought the timescale would be and mentioned that the decision was growing harder with every passing day. She said the appointments at the clinic were ‘hard to get’ and it would be a couple of weeks.

I turned to my old friend google. I felt ashamed typing in ‘private termination’. Several hospitals and clinics appeared in the results. I began ringing them – most of them didn’t actually offer the service and it was a very uncomfortable conversation to have with the reception staff.

Most of them asked if I’d rung Marie Stopes. After exhausting all the local options I rang Marie Stopes. It was clearly a call centre but the staff were sensitive and helpful and I was offered an appointment the following day to have the procedure.

So I had the option of doing this via the NHS for free – but waiting at least 2 weeks.

It was a long way from home, but I had a supportive partner who came with me. I was really quite scared. The staff at the centre were lovely, everything was clearly explained. There was no pressure and absolutely no judgement.

The procedure itself was 2 tablets at the first appointment. Followed by 4 tablets at the second appointment. They then cause a miscarriage. Being a long way from home, the staff did warn me that this process may well happen in the car. They told me it would be painful with heavy bleeding and that I may also suffer sickness and diarrhea. Between the two appointments we bought tissues, wet wipes, water and bags in case I was sick on the way home.

There were lots of other people in the waiting room. Couples much older than me and couples much younger than me. One girl (with her mum) was so young it was almost upsetting. But the atmosphere was one of support.

The pain did start on the journey home, I got shivery and just wanted to get to bed to be warm. I took the nurses advice and as soon as I got home I took painkillers and got into bed with a hot water bottle. Once the initial shock and shivering had passed I came down stairs so as not to worry my children.

It was painful, there is no way of denying that. The pain kept building and building, then there would be a sharp cramp which was almost intolerable but lasted only seconds. The bleeding when it came was very heavy, clotty and unpleasant – as you would expect.

Overall though, as hideous as it was. From making the decision to going through with it. I would have to say that it wasn’t as bad as I thought that it would be. If you are contemplating it, for whatever your own reasons are, I just want to say that it was ok and that Marie Stopes were great.

I know I chose this. I know that millions of women suffer miscarriages every day through no fault of their own. I know that most of those women would hate me for choosing a termination. 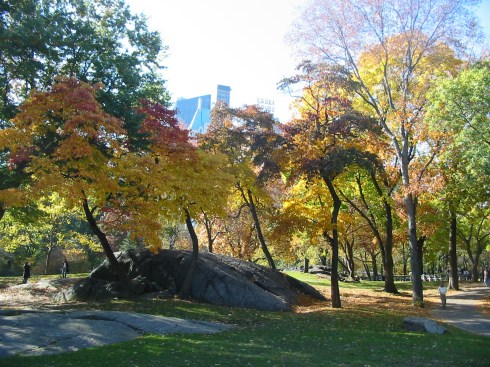 My boy has been busy designing Pokemon – what do you think? 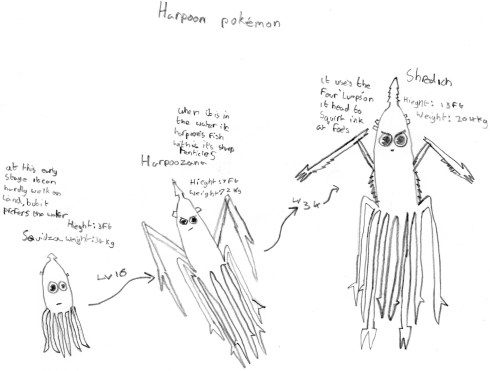 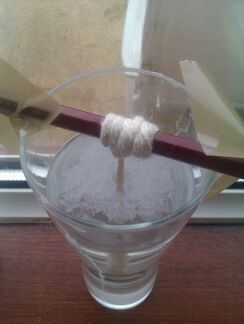