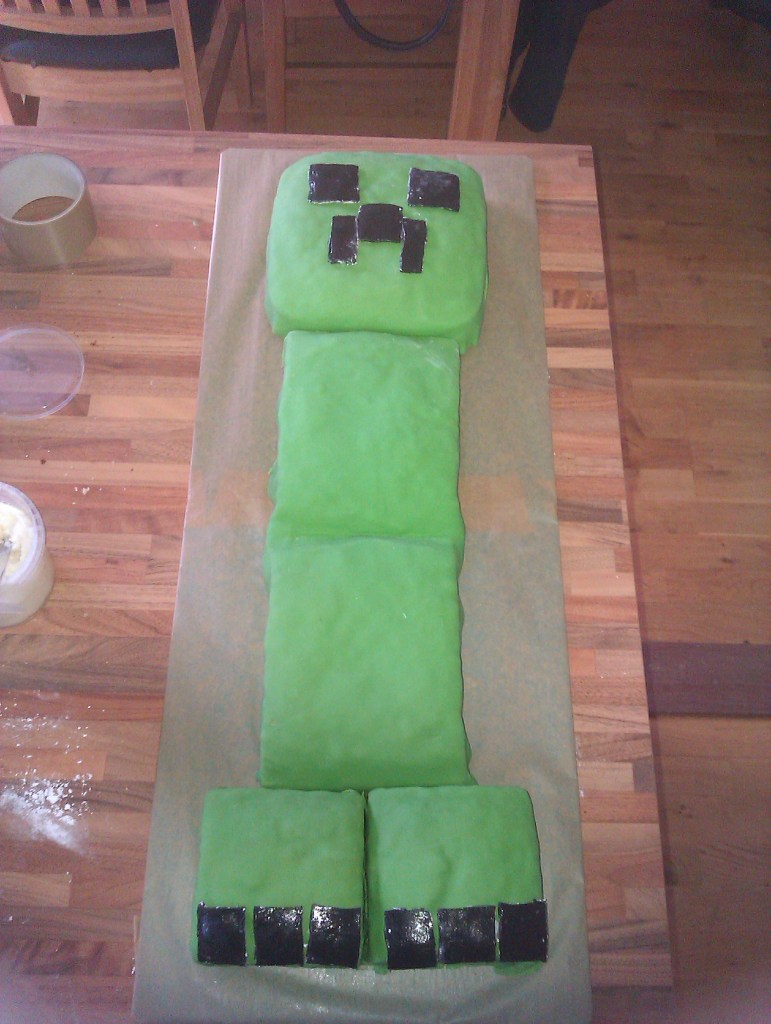 For Thing 2’s birthday this year I made a Creeper cake. Creeper, in case you don’t already know, is a character from a game called Minecraft. Thing 2 is completely obsessed with this game even though has hasn’t actually got it yet, so a Creeper cake was the obvious choice.

I started off by baking 4 cakes: 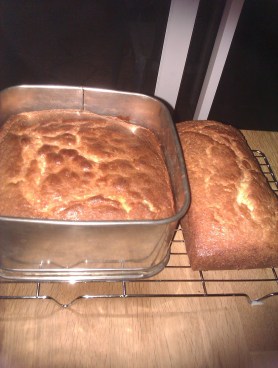 The top two are for his head and feet and the two below are for his body. I’ve lined them up so that I can cut them both to the same size. 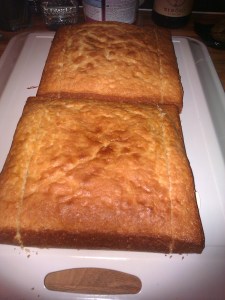 I then taped two boards together and covered them with baking paper and assembled the ‘naked’ cake. At this stage it did strike me that it resembled something else entirely and I’ve made a mental note to self in case I’m ever called upon to make a cake for a hen do! 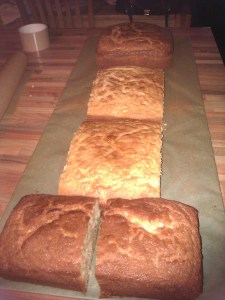 Then covered it all with (shop bought!) green icing. 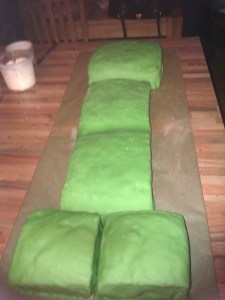 Then finally, the hardest part was mixing some black icing as I unfortunately forgot to buy some – so at 1.30am the features were added and the cake was done. 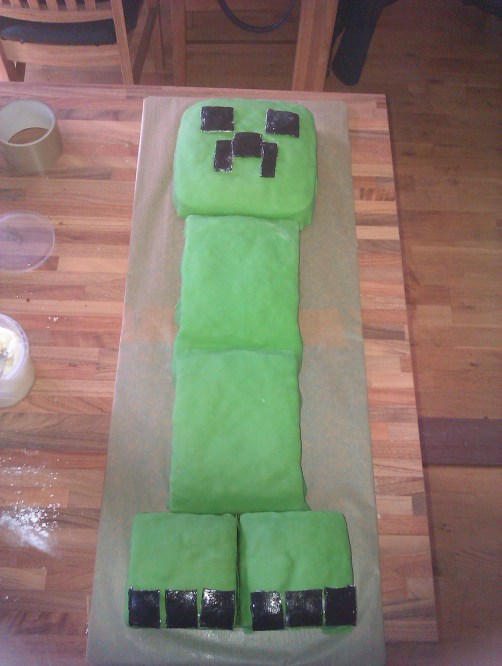 Here are some other cakes that I’ve made.

If you want some Minecraft Gifts or even Minecraft Wrapping paper to go with your cake, click here.

My Architects of The Future #SilentSunday

On My Birthday meme – 17th February

Leave a Reply to mum of all trades Cancel Reply