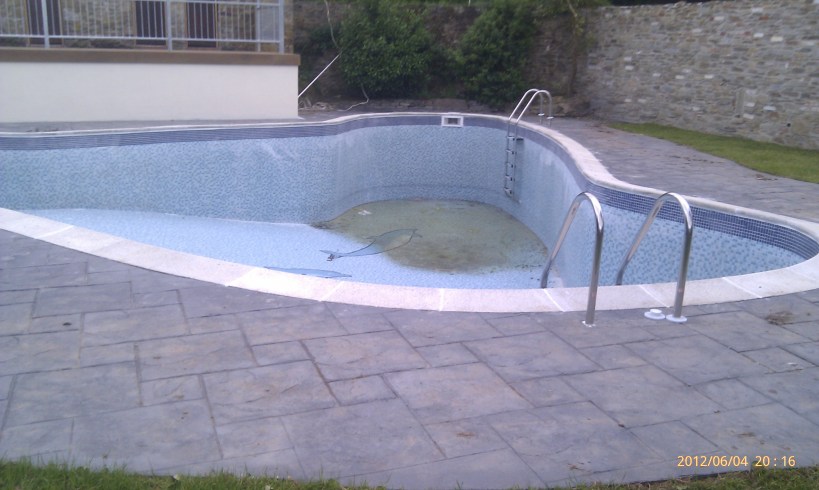 I have a dilemma.

We went on holiday recently and prior to going I discussed with the owner that I would be reviewing it afterwards if she didn’t mind. I told her that I only ever do honest reviews.

In a nut shell, the holiday had 4 ‘features’ listed on the site we booked through. They were: an outdoor heated pool; free wi-fi; a launderette and a tennis court. My children had wanted to go on a centre parcs type holiday but we had to go to a particular part of the country as a friend was getting married there. So the compromise we made with the children was that we would make sure that wherever we booked had a pool…

However, although there was a pool it was empty! We queried this as soon as we arrived and were told it would be ready 2 days later. We were offered vouchers for a nearby pool in lieu. The vouchers never materialised. There was no sign of a launderette. 2 days later we asked again about the pool and got fobbed off again, this time with “it’s only a pool!” muttered in exasperated tones. We also asked about the wi-fi as with no pool the boys were wanting to access their online games – this resulted in the owner saying “you obviously aren’t happy, why don’t you just leave and I’ll give you a full refund”.

We were stunned, it had been an 8 hour drive down and we had a full week worth of shopping in the fridge. Going home 5 nights early had really not been on the agenda!

After discussing it for a few minutes with OH, the owner appeared again and said again that we obviously weren’t going to be happy during the holiday so if we  wanted to leave she would refund 4 nights of the holiday…. huh what happened to the full refund?

We decided at that point that there wasn’t much point in staying if the children couldn’t go swimming or access their games and we both agreed we would feel really quite unwelcome now that the owner had suggested we leave!

We asked her to put in writing that the pool was not finished and that she had offered to refund us, she seemed suddenly reluctant at this point and said she was too busy and would have to do it in the morning. She said she would issue the refund first thing and email us to confirm. We stood our ground and insisted upon a hand written note confirming what she’d said.

Then, we packed the car with two very unhappy boys and drove through the night arriving home at about 2am.

I have not heard a single thing from the owner since we left. Fortunately I booked the holiday through a holiday company so I was able to complain through them. They have written to me today and said that they cannot get any response from the owner and are therefore having to ‘take matters into their own hands’ and they have promised me a full refund within 14 days. They’ve also said that they will have to contact everyone else booked to go to this site and raise the possibility of the facilities not being available.

So, the dilemma. Do I still do the review when it will clearly be quite damaging to her business?

From an integrity point of view: I said I’d be doing an honest review and she knew that so I should go ahead and do it.

From a morality point of view: I think they had just opened too early. It was a new site with only about 10 cottages on it and I just don’t think they’d got it finished in time. Maybe money was an issue, maybe just timing I don’t know. The cottages were beautifully refurbished, the site just didn’t have the facilities that were listed on the holiday website. I don’t think I’m comfortable with making all this public if it could damage her business. I know that sounds bonkers considering how we were treated but I can’t help thinking that she must be having a pretty miserable time already.

What do you think?

O is for… Online Dating tips