Kafka on the Shore by Haruki Murakam 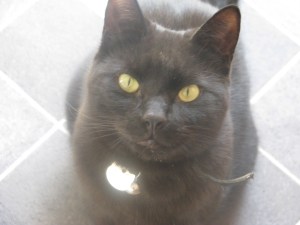 I wasn’t sure what to expect from this book, having never read this author before, but something drew me to it and I have long since learnt that when a book ‘talks’ to you, you need to pick it up!

The story gently pulls you in and before you know it your world is torn between the two main characters and their separate, but softly interwoven tales. The prose is at times breathtakingly beautiful and utterly spellbinding, if ever a page-turner could be also be gentle then this is it.

The first character is Kafka, a 15 year old boy who’s enigmatic yet apparently uncaring father seems to have filled his head with all manner of dark omens and seemingly bizarre facts and prophecies. A troubled childhood and a missing mother and sister leave Kafka being raised by a man who seems unfamiliar with children and their needs. Unsurprisingly Kafka runs away from home and his tale varies from being that of a 15 year old runaway to a deeper, prophetic tale of a much older soul on a mysterious quest.

Just when you are immersed in this tale and eager to read each new page, you encounter that most frustrating of all things, a chapter introducing a new character! Although the temptation is to rush through the pages until you can return to the original story, you quickly find yourself enchanted by the old man Nakata and his simple life.

Nakata lives life at a gentle pace. He lived through a world changing event and emerged from it alive yet mentally impaired and with the unprecedented ability to communicate with cats. Now this fact alone will make some love the book and some discount it, however it is surprising superfluous to the story itself and is one of the many obscure yet fascinating side arms to the main story. Nakata seems to be utterly defenseless and bewildered by the world and yet strange things happen when he doesn’t get his way and through a combination of vulnerability and the odd premonition of raining fishes he somehow always achieves his aims.

Haruki Murakam creates two very strong, very different yet believable characters for the reader to care about which is no mean feat in itself but in addition to this, you will find that you also care about the librarian (whether they are male or female matters not), about the truck driver, about the girl and even the rock!

Kafka On The Shore takes you from a simple love story, through to a journey of self-discovery, past a deep and thought provoking look at human nature and sandwiched in between each layer you will find a fantastical otherworldly experience, which for some reason doesn’t seem out of place. By the end of this book I cared deeply for Nakata and wasn’t sure whether I was half in love with Kafka or wanted to mother him – either way strong emotions had been evoked.

This book has it all, love, sex, relationships, danger, omens, prophecies, imaginary shelters in the woods, murder, intrigue and talking cats – really could you ask for any more?

The East of England