Posted on 16th September 2012 in #bookreview 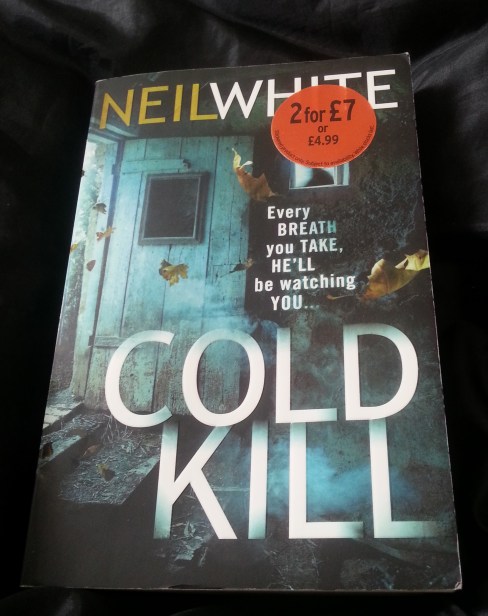 The blurb: Every breath you take, he’ll be watching you…

When Jane Roberts is found dead in a woodland area Detective Sergeant Laura McGanity is first on the scene. The body bears a chilling similarity to a woman – Deborah Corley –murdered three weeks earlier. Both have been stripped,strangled and defiled.

When reporter Jack Garrett starts digging for dirt on the notorious Whitcroft estate, he finds himself face-to-face with Jane’s father and gangland boss Don who will stop at nothing until justice is done. It seems that the two murdered women were linked in more ways than one and a dirty secret is about to surface that some would prefer stay buried.

As the killer circles once more, Jack and Laura must get to him before he strikes again. But his sights are set on his next victim and he’s watching Laura’s every move…

I enjoyed this book, it had engaging characters and a horrible storyline!

I really liked the dynamics between DS McGanity and her reporter boyfriend. That is until I read the blurb for the next book and realised that yet again it is she who solves the case after he somehow receives exclusive clues. That means it will be the exact same book but with slightly different suspects. Hmmm.

And yes, I know that there are other series out there which I love and therefore it’s the same DS who continually solves the crimes, but, I think it’s the fact that it’s a cop/reporter relationship and the reporter ALWAYS happens across very vital information and is brave enough to dive in headfirst to solve things.

I loved that about this book (hey, no one said I wasn’t a contrary Mary) but I just don’t know if it would be insulting for it to keep happening? Maybe I just need to read another one and find out.

Anyway, this book, well woven story with lots of little bits and pieces that kept you guessing. If you like crime thrillers then you’ll like it. Simples.

The Price Of Redemption #BookReview