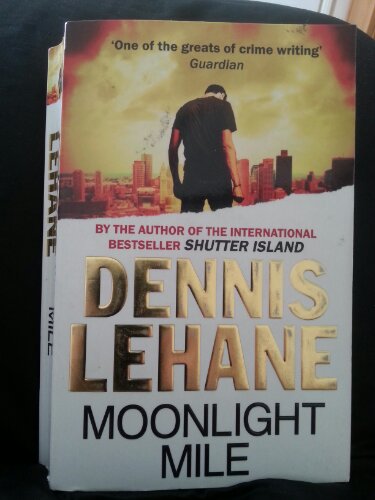 The official blurb: Amanda McCready was four years old when she vanished from her blue-collar Boston neighborhood. Patrick Kenzie and Angela Gennaro risked everything to find her—only to orchestrate her return to a neglectful mother and broken home.

The disappearance of little Amanda was the case that troubled Kenzie and Gennaro more than any other. Still haunted by their consciences, they must now revisit the nightmare that once tore them apart—following the trail of a lost teenager into a world of identity thieves, methamphetamine dealers, and Russian gangsters, right up to the doorstep of a dangerously unstable crime boss and his demented wife. Once again Patrick and Angie will be putting everything that matters to them on the line in pursuit of the answer to the burning question: Is it possible to do the right thing and still be dead wrong?

I had no idea what to expect of this book as it was written by the guy who wrote Shutter Island. If you’ve seen the film you”ll no doubt recall that it was slippery than a big of snakes!

With that knowledge, Moonlight Mile was more conventional that I expected. It fide have lots of clever layers and tiny subplots which all built up to create a well thought out story.

Brilliant characterisation, if a little stereotypical in places, but I have to confess I liked that.

If you are a crime thriller fan like myself I’ve no doubt that you’d enjoy this book.

The Chill Of Night #bookreview

Genevie The Chocolatier – Does Anyone Know The Truth?

It’s Stripey And It Needs A Name…