You Should Visit Wood Green #CharityTuesday

Being as I am a *keen animal lover (*nutty, passionate, talks to animals etc etc), it should come as no surprise to you to learn that I tend to get my pets from rescue centres.

What I want to share with you today is that you shouldn’t just go to your local rescue centre when you are searching for a replacement for Tiddles, rather you should go there as an enjoyable day out and an opportunity to teach children about the amount of care pets need.

My local rescue centre, Wood Green, has really embraced the idea of engaging with visitors and welcomes people onto its wonderful grounds for many reasons.What can you expect to find? In addition to a wide variety of animals hoping to be rehomed (dogs, cats, ferrets, sheep, pigs, horses, chickens, alpacas, mice, gerbils, rats, reptiles etc) you will find a well stocked shop, a friendly cafe with oodles of gluten free items, toilets, free car parking, a memorial garden, beautiful grounds to walk in and even a wedding area!

They also hold regular events in their arena – dog shows, craft fairs etc. Coming up soon they have a sponsored fire walk and they recently held two very successful #PokemonGo evenings, making full use of their 5 pokestops, gym and abundance of Pokemon (including Charmander, Blastoise, Polliwag and Dratini to name but a few).

So if you fancy somewhere different to take your children, are looking for elusive Pokemon or just somewhere beautiful to enjoy a cup of tea – head over to Wood Green animal shelter.

As for my pets, well I currently have Max and Chopper who both came from Wood Green.

You can read more about Max’s adventures here.

What Happens When The Rescue Centers Are Full? #CharityTuesday

If you’ve ever read my blog or tweeted with me you will be aware that I am an animal lover.

As such, during a recent trip to a fun day at Wood Green I seem to have accidentally acquired a new kitten! (See here for pics of her and help us name her?!) My little kitty was found at 3 weeks old in a terrible state and with no sign of her mother. She and her siblings had clearly been dumped, incredibly distressing for them and the poor mother cat.

During the process I overhead the ladies in the cat homing section say repeatedly to callers that they were ‘full’. I asked them about it and they explained that they literally were full, they had no available pens to put cats in so they’d had to set up a waiting list.

I then noticed on facebook that the local cats protection were also full. 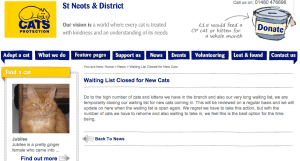 Even the BBC news saw fit to highlight this as a problem. 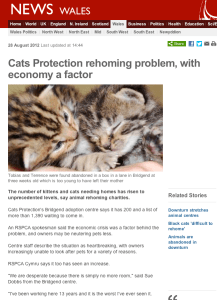 So, if they are all full, what will happen to all the abandoned cats and unwanted kittens?

If you’ve been thinking about getting a pet, now could be a really good time to visit your local rescue center and rehome an animal.

Also, if you are thinking about getting a cat, how about getting a black one? Sounds mad but black cats and black & white cats are harder to rehome. http://www.cats.org.uk/news/full-up-with-black-and-black-and-white-cats

Before you point out that my new kitten is tabby, I also have a big lump of a black rescue cat at home too – you can read more about him here.

No matter where you live in the country, a cat charity called Cat Chat has a website with a list cat rehoming shelters and often details of the currently available cats, click here to take a peak! Go on…

If you aren’t in a position to offer a home to cat there may well be other ways that you can help. Most cat shelters welcome input from volunteers – could you spare a morning to help with feeding and cleaning their pens? Could you foster a mother cat and kittens until the shelter has room for them? Or could you afford a small monthly donation?

Above all, if you’ve got cats please get them neutered.

In 2003, police in Warwickshire , England , opened a garden shed and found a whimpering, cowering dog.  The dog had been locked in the shed and abandoned.  It was dirty and malnourished, and had quite clearly been abused.

In an act of kindness, the police took the dog, which was a female greyhound, to the Nuneaton Warwickshire Wildlife Sanctuary, which is known as a haven for animals abandoned, orphaned, or otherwise in need.

Geoff and the other sanctuary staff went to work with two aims: to restore the dog to full health, and to win her trust. It took several weeks, but eventually both goals were achieved. They named her Jasmine, and they started to think about finding her an adoptive home.

Jasmine, however, had other ideas.  No one quite remembers how it came about, but Jasmine started welcoming all animal arrivals at the sanctuary.  It would not matter if it were a puppy, a fox cub, a rabbit or, any other lost or hurting animal.  Jasmine would just peer into the box or cage and, when and where possible, deliver a welcoming lick. 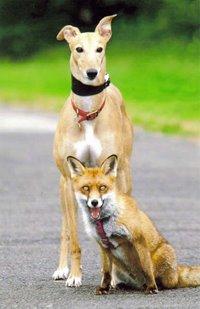 Geoff relates one of the early incidents.  “We had two puppies that had been abandoned by a nearby railway line. One was a Lakeland Terrier cross and another was a Jack Russell Doberman cross. They were tiny when they arrived at the centre, and Jasmine approached them and grabbed one by the scruff of the neck in her mouth and put him on the settee. Then she fetched the other one and sat down with them, cuddling them.”

“But she is like that with all of our animals, even the rabbits.  She takes all the stress out of them, and it helps them to not only feel close to her, but to settle into their new surroundings.  She has done the same with the fox and badger cubs, she licks the rabbits and guinea pigs, and even lets the birds perch on the bridge of her nose.” 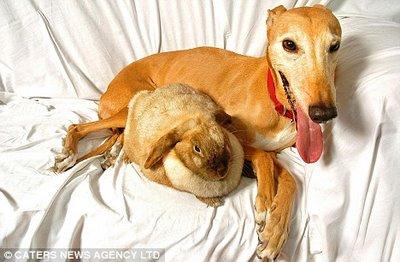 Jasmine, the timid, abused, deserted waif, became the animal sanctuary’s resident surrogate mother, a role for which she might have been born.  The list of orphaned and abandoned youngsters she has cared for comprises five fox cubs, four badger cubs, fifteen chicks, eight guinea pigs, two stray puppies and fifteen rabbits – and one roe deer fawn.  Tiny Bramble, eleven weeks old, was found semi-conscious in a field.  Upon arrival at the sanctuary, Jasmine cuddled up to her to keep her warm, and then went into the full foster-mum role.  Jasmine the greyhound showers Bramble the roe deer with affection, and makes sure nothing is matted. 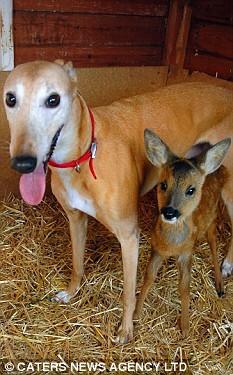 “They are inseparable,” says Geoff. “Bramble walks between her legs, and they keep kissing each other. They walk together round the sanctuary. It’s a real treat to see them.” 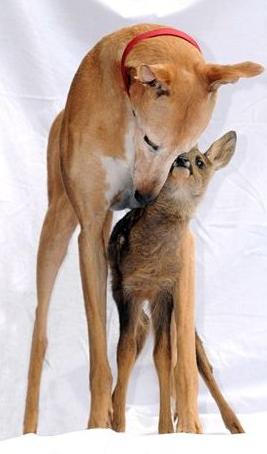 Jasmine will continue to care for Bramble until she is old enough to be returned to woodland life.  When that happens, Jasmine will not be lonely.  She will be too busy showering love and affection on the next orphan or victim of abuse.

Pictured from the left are: “Toby”, a stray Lakeland dog; “Bramble”, orphaned roe deer; “Buster”, a stray Jack Russell; a dumped rabbit; “Sky”, an injured barn owl; and “Jasmine”, with a mother’s heart doing best what a caring mother would do….and such is the order of God’s Creation. 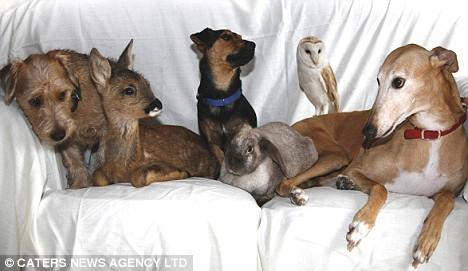 And, just in case you wondered, Snopes.com has verified the truth of this wonderful story and the reality of these photographs which accompany the story – so you can pass this story on, and help make someone else’s day to be just a little brighter!

Or for a giggle at some funny cats click here.

A series of pics of animals stuck in peculiar places… my overriding thought for most of them is how on earth did they get in there to start with?! 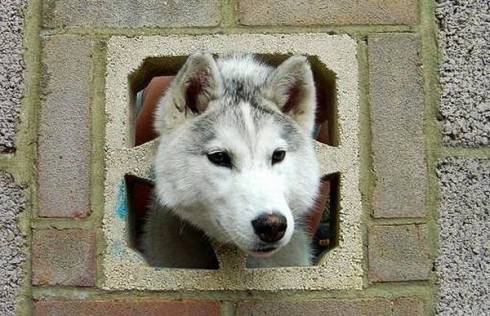 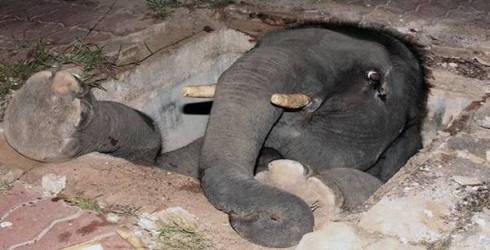 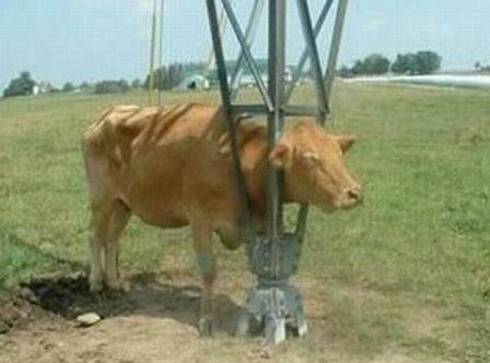 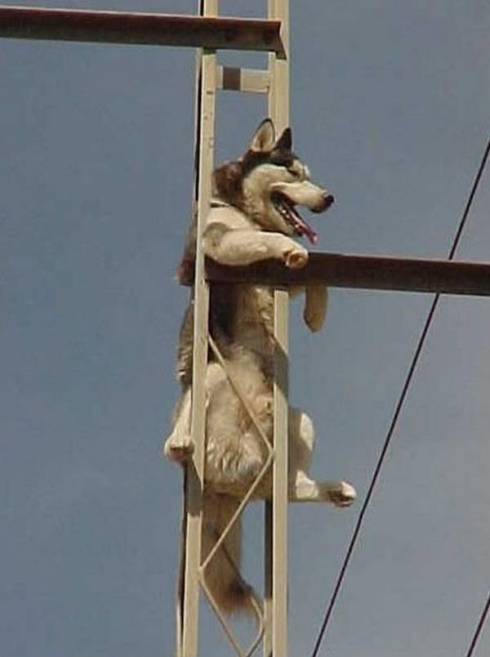 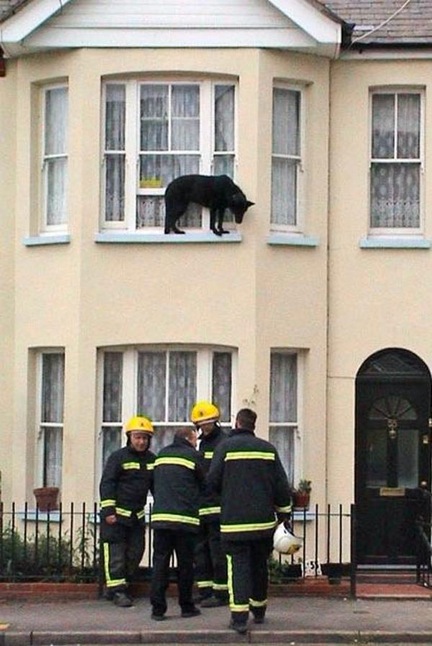 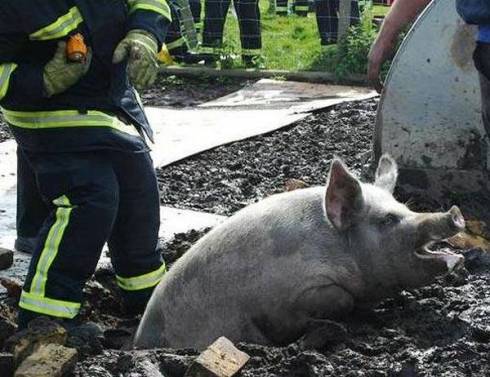 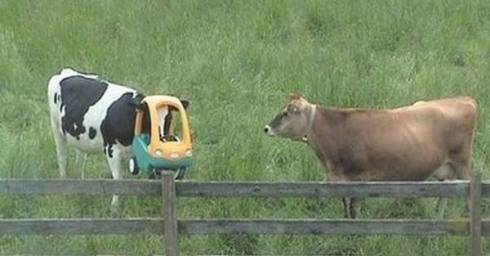 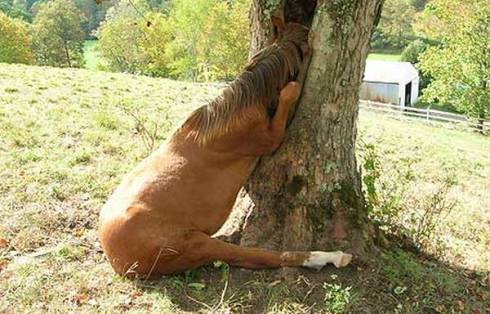 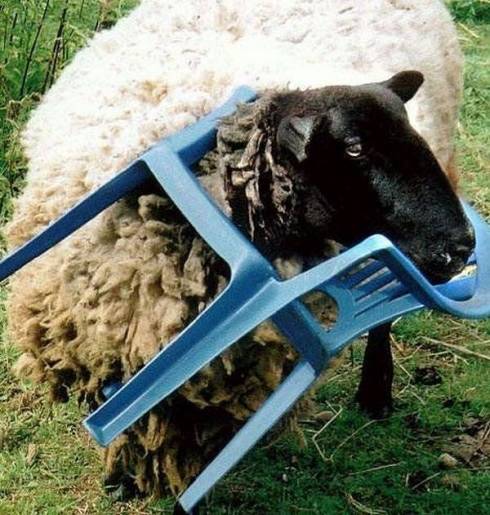 If you are looking for a new family pet, I urge you to visit your local animal rescue centre first. All the animals there deserve a loving home.

Even if you aren’t currently looking for a pet they can make a great day out.

We recently visited two nearby animal shelters, the first Mistley Place Park was a little ramshakle but the cafe was surprisingly good and it was obvious a lot of people went there simply for that. Which is great as all the profits go towards caring for the animals.

There we met lots of chickens and an enormous goat! 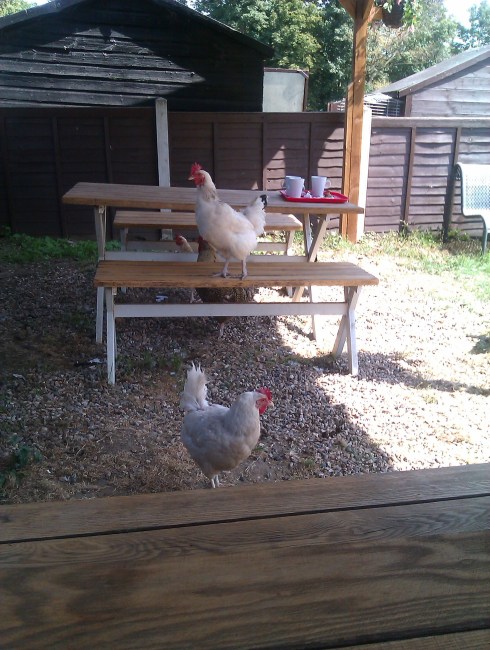 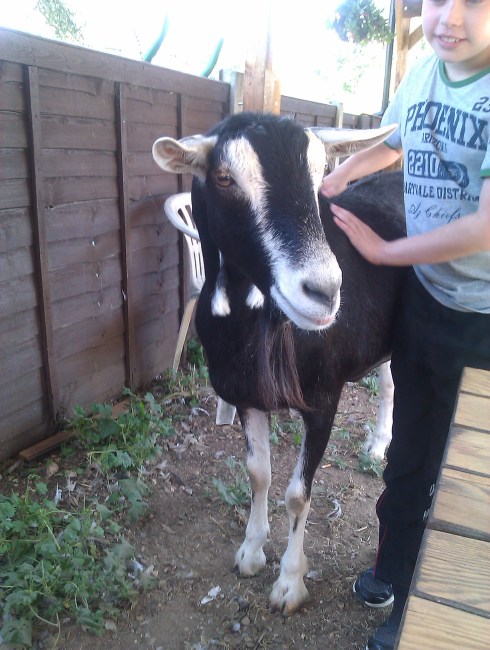 and lots of ducks 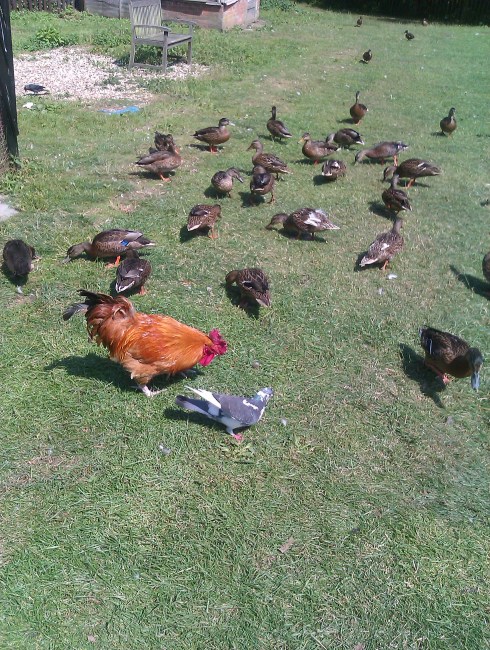 From there we went on to SESAW as they were having an open day. They had many dogs and cats all looking for a new home. We saw so many cute kittens! 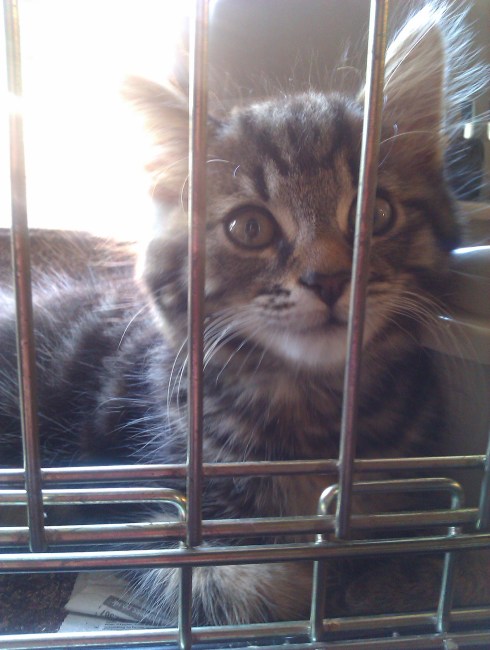 It’s so easy to fall in love with the kittens but do spare a thought for the older cats too. They don’t want to live the rest of their lives in a cage – they want a home and some loving owners.

If you are thinking about getting a kitten, why not get an older cat too? They will keep each other company and will both have a lot to offer you in terms of love.

Wherever you live in the country, if you are looking for a cat  Cat Chat is worth checking first as it offers homing pages to all the cat rescues free of charge.

My two cats came from Crescent Cat Rescue – it’s really nice to know that I’ve taken them away from a life in a cage.