Today is pumpkin carving day, I try not to get too involved as I find the smell turns my stomach…. So after much bragging 😉 from @DhruvBaker1 about his pumpkin carving skills we decided to follow suit and buy a kit from @WaitroseUK to ‘aid’ us with the carving process!

While the boys were knee deep in pumpkin guts I decided for the first year ever to try roasting pumpkin seeds. I had a look at some recipes on google an discovered that people seemed to either go for sweet or savoury options. I decided to go for a simple in between version which included butter, brown sugar, salt and ground pepper. 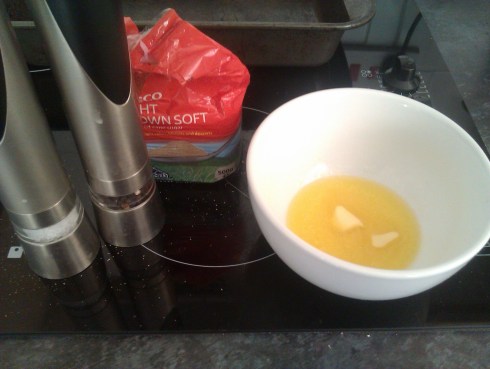 I separated the seeds from the gunk and then rinsed them in water before patting them dry on some kitchen roll. 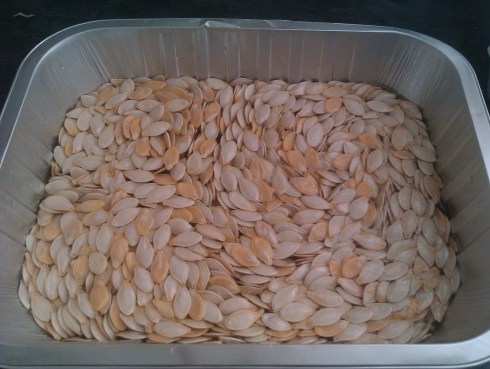 I mixed the butter, sugar, salt and pepper mixture in the bowl and then added the dried pumpkin seeds. Gave it all a thorough stir and then spread out onto a baking tray.

I then baked it for around 20 mins at 200. I checked it every couple of minutes so that I could stop it at the exact moment when I liked the colour! 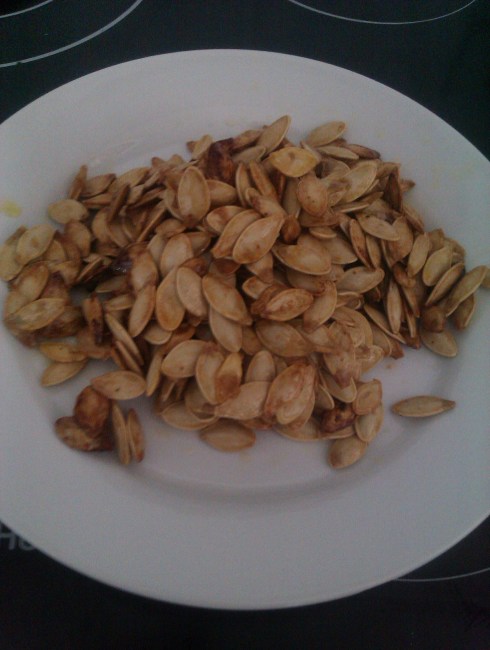 They taste not dissimilar to toffee popcorn, light and crunchy with a toffee aftertaste. I think maybe adding chilli to the mix would have made a nice taste too.

Meanwhile, the boys are busy carving their pumpkin templates – finished articles will be shown tomorrow! 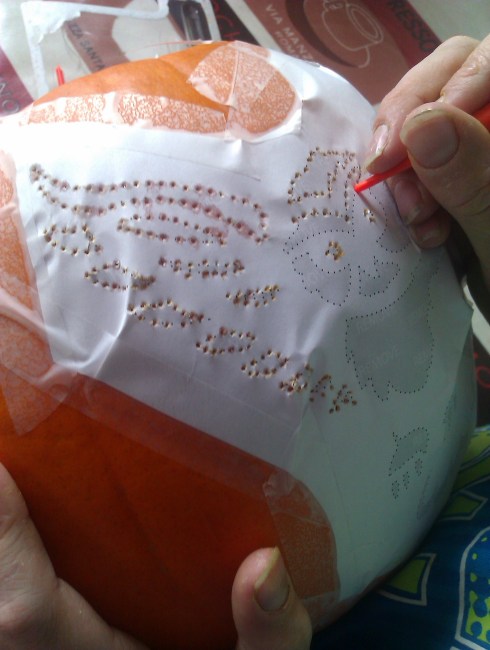 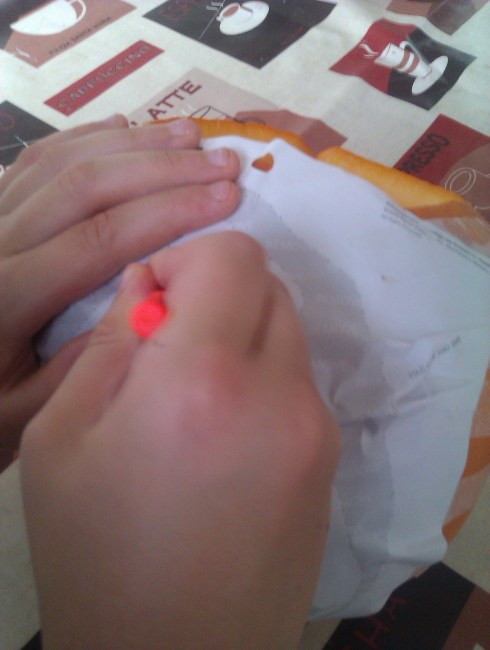 Can you guess what they’ll be?

Good stuff huh, and I think we all agree that what we wont do is mention the first batch of pumpkin seeds which I may have left in the oven for too long! 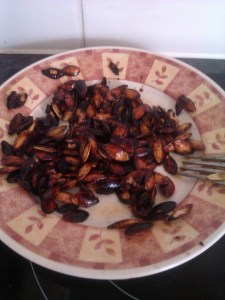 After a lovely, laughter filled conversation with one of my favourite tweeps, I’ve decided I’m, well, undecided, about the whole concept of tweet ups.

I’ve had lots of near misses. I nearly met @MyDaddyCooks, @TheCakeNest and @DhruvBaker1 at Harvest at Jimmy’s.

I nearly met @Kateab and @DhruvBaker1 (oh stop it, I don’t stalk him…..) at The Good Food Show.

I very nearly met @OnlyDads in London – and actually did meet @OnlyMums who was lovely (and gorgeous) although we’d never really tweeted so I’m not sure that one counts as a tweet up.

I’d love to meet @DrewParky BUT surely I would be confused to find that he isn’t 12 and he could only be disappointed that I’m not one of the glamorous mums off Desperate Housewives! (That sounded really, really bad didn’t it….)

And I think that is where the reticence lies for me. I like all my imaginary friends. ALL OF THEM. I like the ones that are nuts, the ones that are serious, the ones who are often a little melancholy and the ones who seem to have insane lives. But I do have a tendency to romanticise things – including people – so would meeting them break the spell?

I’ve spoken to 4 tweeps on the phone. All of whom, without exception, have been wonderful.

So – tweet ups – have you had any good/bad experiences?

Am I being a pansy or am I right to keep my imaginary friends in my head and on my screen?

F is for… Fantasy Husband/Wife

The lovely Liz Jarvis from @LivingWithKids recently asked who our fantasy husband would be.

I felt 3 to be an insufficiency of fantasy husbands and suggested that one a day may be preferable and elected:

Which led me to thinking that this was a little unfair on the boys. So, boys who are your fantasy wives?