I was in Game the other day with my 2 boys when a man handed me a flyer for Invasion Colchester. Obviously he didn’t know me from Adam, so he won’t know that tomorrow I will be giving him a free listing on the diary dates section of the KidAround website. Nor will he know that I will be pimping his event on my blog. This makes me smile 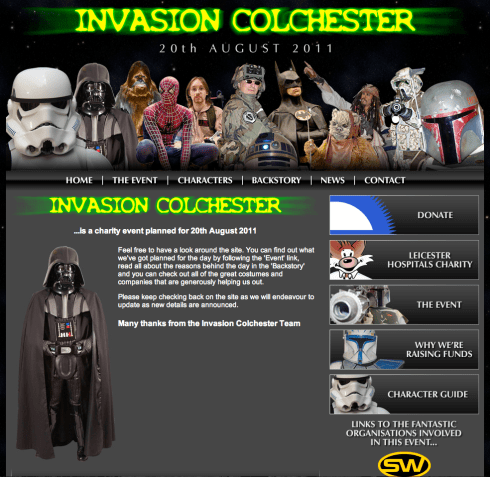 To raise money and awareness for new EMO units, a fabulous day for star wars fans, film buffs and gamers alike has been planned in Colchester.

If you can’t make it on the day, you can donate on the Just Giving page.

Check out the various activities and characters you can encounter…