Blimey O’reily my name has popped up in the MADs list!

I wonder if it was my rants about coffee and customer service?

My frustration over my son’s battle with eczema?

My honest account of my recovery after the breakdown of my marriage?

Maybe it was learning that Dermot O’leary used to lay on my desk?

My tale of a random act of kindness?

Maybe someone liked reading about my cats Elvis and Maisy?

I doubt it was my infinite playlist….

Whatever it was I am very grateful to Twitter and the blogging world because it is really fun to share experiences with people, I’ve been reduced to tears (both of sadness and laughter) from other peoples blogs and I know I don’t stand a hope of winning with my 7 posts, but it is still pretty cool to take part!

If you would like to vote for me – I’d be delighted! Just click here and then enter my blog name www.coffeecurls.wordpress.com into the areas where you’d like to nominate.

S is for… 7 Things You Don’t Know About Me

A thing called Kreativ Blogger – good, no pressure then. 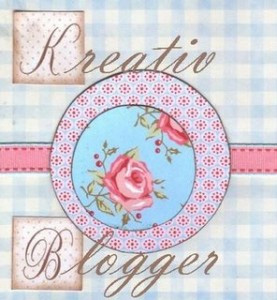 Ok, so I’ll cut the crap and the intros and get straight to the SEVEN THINGS YOU DON’T KNOW ABOUT ME

1) When I was a child I wanted to either be an author or own a cattery.

2) I met my husband online. Myself and 3 friends all did internet dating. It was brilliant! Once we worked out how to weed out the weirdos (there were a fair few) it soon became obviously that most people were very genuine. I will probably make this the subject for ‘I is for….’ if I ever get around to it. Of the 4 of us, 3 of us are still with people we met online. NB: My husband didn’t meet my sons for 6 months, the children always did and always will come first.

– When I was about 3 I hit Christopher Biggins in the face! My grandfather was (among other things) a theatrical agent and he arranged for us to see Mother Goose and then go backstage and meet the cast. The character played by Christopher Biggins had been mean to another character who was played by an old lady and my 3 year old self felt this was wrong.
– My dad used to live in a flat above Jordan and ‘Ace The Gladiator’.
– I used to go out with a famous political correspondents son – allegedly.
– About a year before he hit the big time Dermot O’Leary used to come in and lay across my desk to show me holiday photos and generally rummage through my drawers! He used to bemoan his lack of success with women and his dreams of being famous. He taught us all the Macerena in the middle of the banking hall one day….. I know it is a cliché but it was obvious that he had IT and would be something special. Love you Dermie.
– I went to school with the boys who wrote ‘Eat My Goal’
– I went to school with Nihal from Radio 1
– My cousin went to school with Damon from Blur
I’ll stop now, it is along and increasingly tenuous list!

4) I have an underactive thyroid. Not the most glamorous of illnesses that one and nobody ever knows what it is. It was diagnosed fortunately by an attentive GP when I was about 18 – at that time it was overactive but had literally just burnt out. I much prefer the symptoms of it being overactive – at that time I was just under 8 stone, swam, jogged, did aerobics ate cake for breakfast (normally M&S walnut layer or cherry madeira), m&ms (peanut) for lunch and whatever I fancied for tea!

5) My mum brought round my old year 5 school report a couple of weeks ago, the nicest comment in it was from my Art teacher who (bless him) said ‘Lisa is a talented artist’. He was an entertaining teacher, always stank of booze and often nipped into the ‘supply cupboard’ during lessons for 20 mins or so. He was incredibly talented, while I would sit there cocking up the perspective on something and he would just lean over and in 2 strokes of a well worn pencil he would leave a perfect sketch on the paper. He was certainly wasted at our school, guess it’s no wonder he drank so much. It was known throughout school that he had an evil temper and it was rumoured that he once dangled a boy out of the window (10 floors up) for back chatting. Looking back I guess I am lucky that he thought I could draw!

6) If I won the lottery I would buy certain local Cat Rescue who are well known for only rehoming poorly cats. They have a ‘feral pen’ there which makes me sad. I have tamed (to varying degrees of success) a few feral cats and personally think that a fair few of the cats in the feral pen could be tamed and rehabilitated.

7) I regret not getting to know my grandparents better when they were alive. My grandfather left behind some typed memoirs which are fascinating but have left me with so many questions to which I will now never know the answer – if you still have your grandparents, ask away while you can.

Finding 7 people to pass this on to has been really hard, as I am new to all this I don’t know who has already done it and if it is a big blog faux pas to tag someone who already has? No bugger volunteered so I had to choose, fingers crossed! 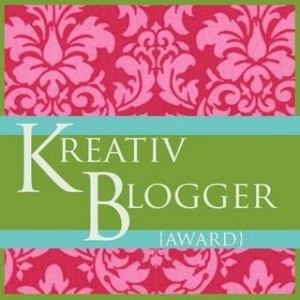