Today’s #CharityTuesday is a heart warming tale about a little girl who likes to raise money to help others. As she’s so young it would be wonderful if everyone who reads this leaves her a comment of support:

Treasure Boxes is a small enterprise that was started by a six year old girl who wanted to make a small difference to other children.

The project started when the little girl, who likes to call herself the ‘Treasure Fairy’ started to make bracelets to raise money for school funds at the school summer fayre.  People started to place orders after the fayre was over and she thought long and hard about how she would like to spend this money.  One thing she was certain of it that she wanted it to go toward making a difference for others rather then herself.

After some thought the ‘Treasure Fairy’ decided that she would like to use the money to make small shoeboxes of toys for children who had none.  The difficulty was that she could not think where she would find these children. 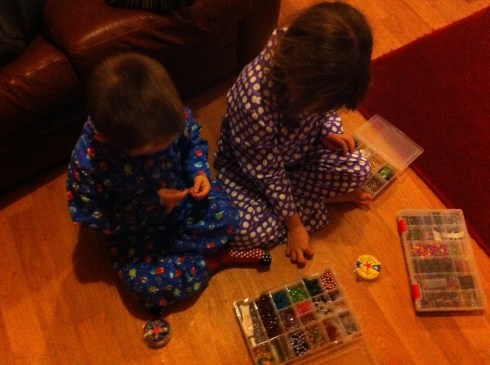 After some thought, her mother suggested that the local womens’ refuge might be a suitable place to donate the boxes to.  They made an enquiry and found out that resources at the refuge were very stretched and needed to be spent on the essentials.  They were also told that many of the children arriving at the refuge, did so in a hurry and arrived with no possessions.

Upon hearing this, the Treasure Fairy immediately decided that this would be her chosen cause.  She thought carefully about what each box should contain and decided that the essential items should include a cuddly toy for comfort, a stone heart or egg to hold when talking about their worries and a notebook to record their thoughts and experiences, along with other small toys.  Each special keepsake box costs about £15 to create.

It is now her mission to ensure that every child arriving at the hostel receives a Treasure Box upon arrival.  Approximately 50 children a year go through the doors of this particular refuge and there are other nearby refuges that have not yet benefitted from this small project.  The need is great.

The Treasure Fairy is now distributing her bracelets online, asking for a donation of at least £3 for each one.  Orders are now coming in from all over the country.  People can request any size or colour and she does her very best to ensure that no two bracelets are the same.  Mother and daughter sets can be made with the same unique design in two different sizes. 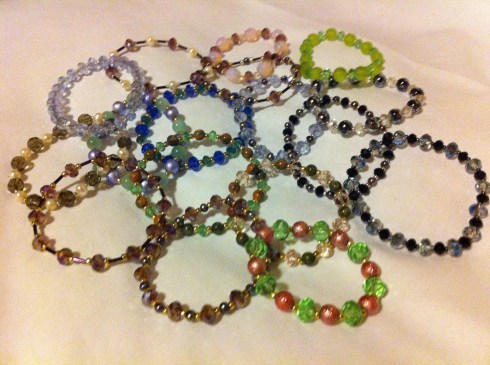 To find out more about Treasure Boxes please visit the website at www.treasureboxes.org.uk, the design and content of which has been chosen by the Treasure Fairy herself. Or you can follow @Treasure_Boxes on twitter.