Today’s #CharityTuesday post comes with a deeply personal back story. I hope that this post reaches someone who needs it. Before I hand you over to Jayne from Blurt, I’d like to tell you that she’s been nominated for a ‘digital heroes’ award. Isn’t that wonderful? And if, like me, you think she deserves it, it would be really great if you could follow this link and vote for her. Now, over to Jayne…. 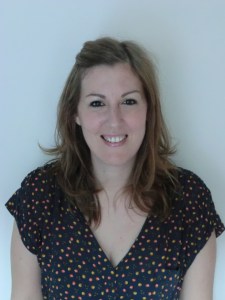 Talking out about my depression was one of the scariest yet liberating things I ever did. I’d started a beauty blog because at my worst, I didn’t give two hoots about personal hygiene and I thought that if I wrote about beauty products, well I’d have to blimmin’ well use them. My blog kind of developed, I preferred writing more personal posts because they were therapeutic but also there always seemed to be someone who replied in the comments section, a virtual ‘knowing nod’.

I wrote about how the stigma of depression had affected me one day. The easiest blog post I’ve ever written but not the easiest one to publish. As I pressed the publish button, I was worried that I’d made the wrong decision. I needn’t have worried. Not only did the blog post attract lots of comments but I was also contacted by email and Twitter. It was clear people were happy to talk about their experiences of depression but it was also clear that women felt more comfortable doing so in an open forum (the emails and Twitter DM’s were predominantly from men). This triggered something in my brain, got me thinking. I believed there should be somewhere fresh and welcoming. Somewhere people could come to talk without fear of judgement. When I’d been ill, the doctor had suggested community groups but I was too scared to leave the house to see friends, let alone strangers. Online forums scared me, I didn’t want to talk to people who were as ill as me but I did want to feel understood.

I have suffered with depression for most of my adult life. I wasn’t sure what it was at first and found it incredibly difficult to explain to my friends and husband, then boyfriend, what was wrong with me as he knew very little about the illness. In fact, it’s probably fair to say that his opinions and thoughts on depression had been swayed by the stigma and he couldn’t understand why I wouldn’t just cheer up. Eventually through determination and buckets of patience, we began to work through the millions of thoughts milling around in my head. He used to say that he could almost hear my thoughts because I was so fidgety with them. They say ‘better out than in’ and I couldn’t agree more. Blurting out these irrational thoughts which made no sense helped. My husband would help me work through them until they did make sense.

Neither my Mum nor my husband knew a thing about depression before my Sister and I became ill and often they needed support but didn’t know where to turn which is why Blurt is aimed at all those affected by depression – those that live/love/like someone with the illness as well as those who are ill.

Predominantly, Blurt provides people with a mentoring scheme. The mentoring scheme is volunteer led and all our mentors have one thing in common – they have all been affected by depression in some way.

Since our launch in August, we have mentored and continue to do so, over 300 people. We aim to match mentees with mentors who share similar experiences. All mentees are CRB checked and monitored to make sure they do not give advice or counsel, they are simply a friend, someone for you to offload, someone who will understand. We want to be that point of call so that sufferers realise that there are people out there who can help and listen.

Depression doesn’t discriminate and neither do we. We mentor men and women in their 70’s as well as teenagers. Some have depression, some are worried about their loved ones and some just want to rant, get something off their chest.

People are also starting to send in their own stories for feature on the blog section of the Blurt website. This is incredible as it really shows the diversity of the people affected and also how depression affects people in different ways. Each story is honest but they all have a tinge of positivity. They person has fought depression and is currently winning.

We’re full of big ideas including an education programme to roll out to secondary schools and universities. We’d like to work to ensure the elderly have access to the internet and above all else, we’d like to try to kick the stigma to the curb for once and for all. Like any organisation there are start up costs and running costs. We’re talking advertising spots, business cards, flyers, courses, mentor resources etc. While there’s a lot of goodwill amongst the Blurt team and a lot of elbow grease and energy, there are no money trees. Above and beyond our own personal injection of funds any donations given are greatly appreciated. You may even fancy holding your very own Blurt Air&Share event – cake, coffee and chatting.

Being an illness so close to our hearts, the Blurt team is extremely passionate and driven. We’re determined to make a difference and we want to show that depression doesn’t have to stop you doing anything. Yes it makes it harder to achieve goals and often normal every day things, but with the right tools, you can have a life. You can live your dreams.

To apply to be a mentor or to request a mentor, please visit http://blurtitout.org/what-helps/mentors

And don’t forget, you can vote for Jayne to be a digital hero – just follow this link and vote for her.

The School Appeal – aka catch 22

Get Rid Of Nits – no wet combing, no chemicals!