K is for… Kids’ Kitchen

Today my boys have taken over the kitchen!

They have made their breakfast (cereal and brioche), made their lunch (grated cheese sandwiches) and for the finale they have made @DhruvBaker1‘s ‘Easy peasy chicken curry’ and some chocolate muffins!

Here is how they got on in Kids’ Kitchen

To start with, need to thank MasterChef 2010 winner Dhruv for his recipe and hope that we’ve done it justice! The recipe (and many more) can be downloaded from The Big Lunch website 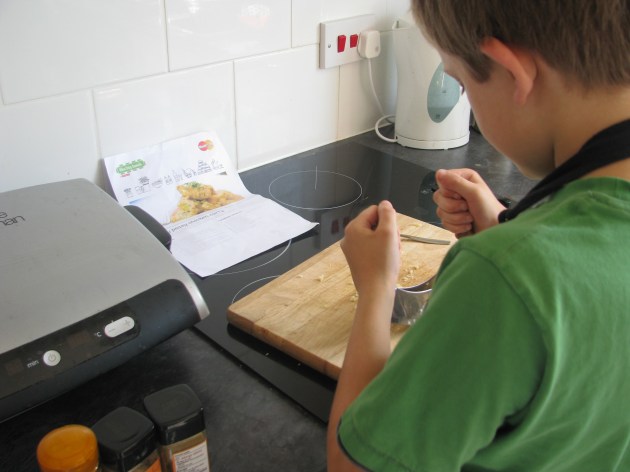 This is youngest son, who turned 9 last week, he has expressed an interest in becoming a chef, so let’s see how he gets on! We don’t have a whizzy blendy doodad so this is him using a mezzaluna to chop the garlic and ginger. 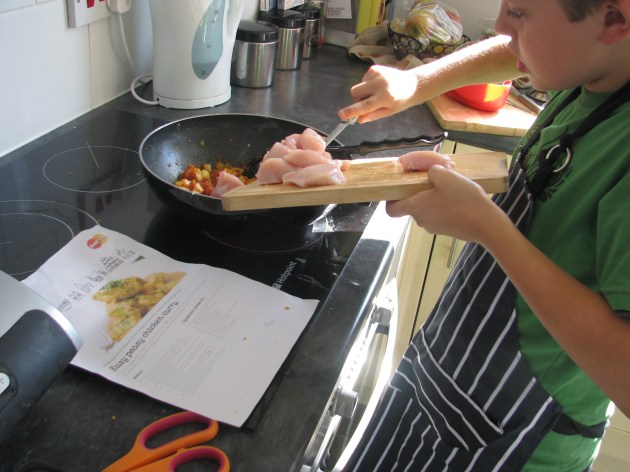 Ok, so now he is adding some chopped chicken. As mummy is a bit squeamish with bones we’ve gone for just chicken breast, although the recipe does suggest that you can use whole chickens that you’ve cut into pieces. The onion is a bit rougher than the recipe suggests as again I don’t have a whizzy blendy thing, we’re hoping it won’t adversely affect the overall result. 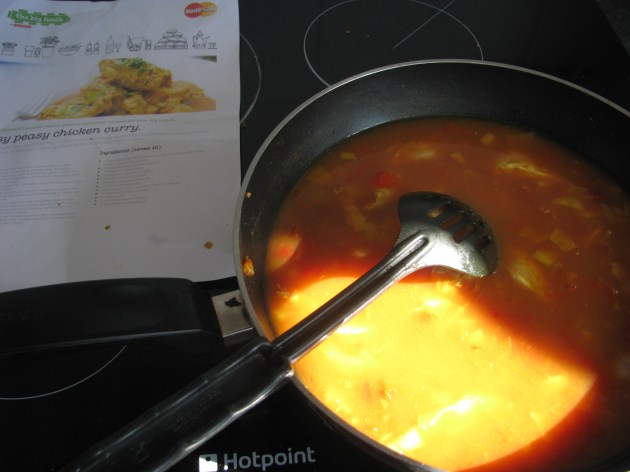 Seems like an awful lot of fluid! Fingers crossed it will reduce ok and make the ‘thick sauce’ alluded to in the recipe – find out in 40 mins! One thing that you can’t convey on a recipe or indeed a blog is the smell – it smells amazing! 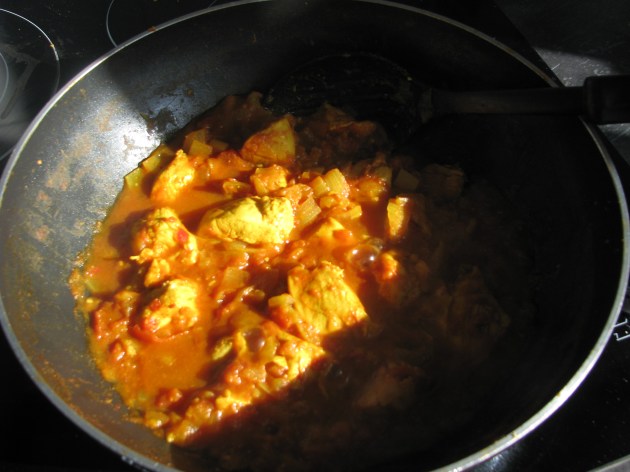 It has reduced beautifully, sauce is quite thick now and tastes gorgeous. Nice one Dhruv! 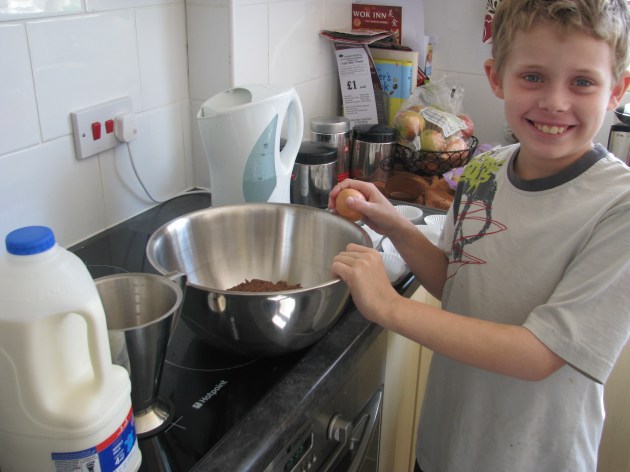 This time we have the 10 year old, he has no interest in becoming a chef, but a LOT of interest in chocolate cake! 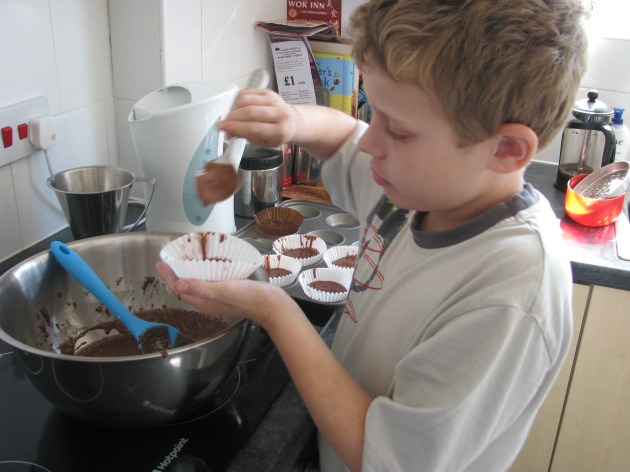 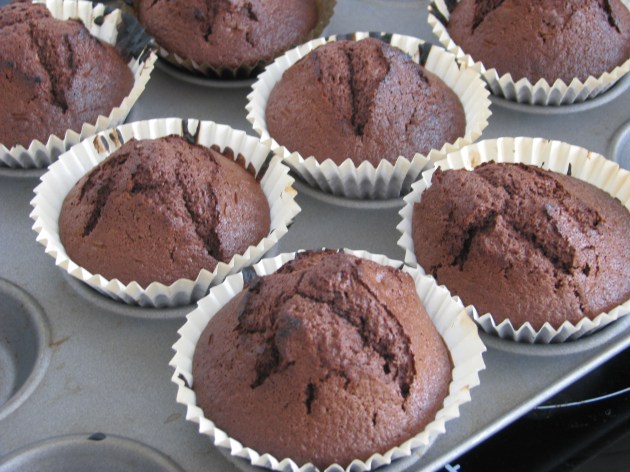 These babies taste as good as they look! Have a feeling they will be to die for if warmed slightly in the microwave and then served with some cornish ice cream. Mmmmmmm.

S is for… STORM