My grandfather was a man of great presence.

He liked good manners, courtesy, politeness and was often intimidating.

He spoke of his own father (a man I never met) with quiet respect. He spoke of being spanked and punished for his frequent cheeky outbursts. He described an austere man who I had always assumed was remote and authoritarian.

After my grandfather died, I found these: 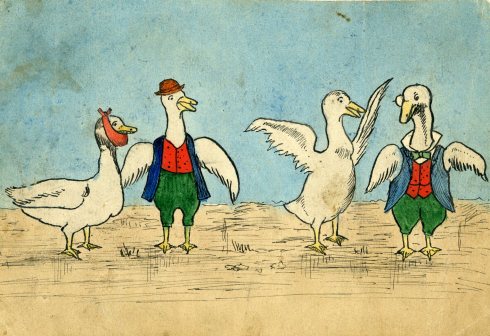 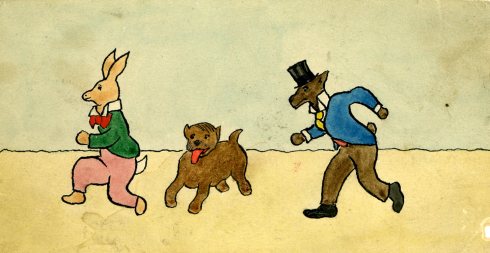 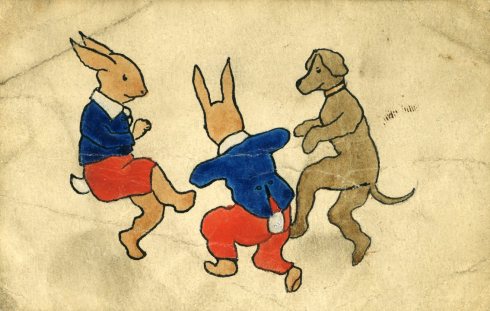 They are little cards with carefully illustrated pictures of animals – much in the style of Enid Blyton – aren’t they gorgeous!

On the back of each, if you can make it out, is an inscription:

Not so remote and austere after all huh!

I think my favourite character is the little dancing dog

I’ll never know what he named them and if he did little stories to go with them, but I can’t help smiling when I look at them.